Apex Legends update 2.03: Vantage buffs, nerfs and all we know so far

It feels like it was just yesterday when Spawn dropped season 14 of Apex Legends and now the gaming community has been given an update, the show goes on it seems.

Season 14 came with new legends, as most seasons and updates do in the game. Now, update 2.03 also has a few tweaks on the new legend, Vantage.

Like most updates, this update has also focused on crucial gameplay changes and bug fixes. This piece has everything you need to know about the full patch notes.

If you are looking to see what changes have been made, especially with Vantage, scroll down to see all we know.

Respawn officially released these patch notes on 23rd August, and we have them here for you.

Thanks to Respawn, this update is mainly focused on the season’s new legend, Vantage. Below we have all you need to know.

Players may know that when Vantage came in, she was quite strong and the most picked legend because of her abilities, however, it seems that the developers have made her a little weaker. Could it be that the developer thinks she’s a little too powerful, if so, is it fair to have her weakened a little?

If you remember, Vantage is a survivalist sniper who specializes in reconnaissance, as well as having a kit that helps her gather intel about her enemies. Vantage is said to mark opponents with her sniper rifle so her team can kill them. She can launch herself in the direction of Echo, a helpful winged friend, thanks to her skill set.

Here is a recap on season 14’s most picked legend, this might help you understand Respawn’s motive on this recent update:

Check out the info below:

In addition to fixing the issues that prevented players from upgrading their weapons in arenas, Respawn also fixed some crashes related to banners and particular Rampart and Seer skins.

It seems as though Respawn will have more updates to phase out, so be sure to keep an eye on this patch for the full patch notes when they become available. 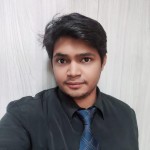 Amazon India is selling iPhone 13 for the lowest-ever price, check out the deal

Amazon India is selling iPhone 13 for the lowest-ever price, check out the deal

ADVERTISEMENT
No Result
View All Result